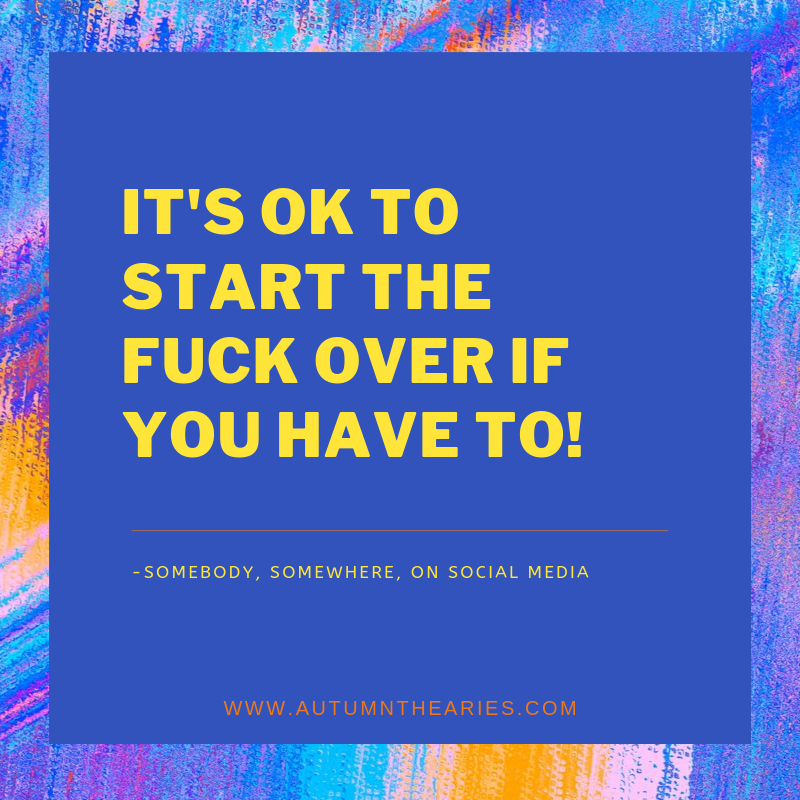 Before I snagged it, the meme actually said, "Start the Fuck Over If You Have To". I felt the need to add that it's ok to do so. In seeing this meme, I felt it fitting to tell you all a short story about starting over, and where doing so has gotten me.

Four years ago yesterday (9/15/2015), I packed up my car and drove about 11 hours to Georgia, where I would be starting a new phase in my life. I left my son (who was 18 at the time), my mother, my sister...everything I'd ever known, I'd left behind. I remind the listeners of my podcast all the time of how I never wanted to move to Atlanta. I wanted to live in Charlotte, or DC, anywhere but Atlanta, because it was where EVERYONE moved after leaving Toledo. But the universe had other plans, and I simply had to walk into a season of change not knowing what it would bring.

I will not lie and say that this season has been a breeze. It has been anything but. The first year was especially hard. Trying to get used to not having my family, literally, within walking distance, was probably the hardest part. On my darkest days, I used to be able to walk two houses down and plop down on my sister's couch just so that I was surrounded by love. Plus, I am still "the baby" and her and her husband still treat me as such. I could literally call one of them in the middle of the night if there was a spider in the house LOL. Imagine having to uproot yourself to a place with all these extreme foreign creatures with nobody around to kill them!

No more coming home late and not having to cook because my sister already cooked enough for me and my son.

No more hopping in the car and driving up to Detroit to hang out with my best friends.

No more road tripping to hang out with the Sorors who made me.

All of that would come to an end because it was simply time to start over. From scratch. New job. New co-workers. New apartment. New neighbors. New friends. New adventures. Everything was SO NEW. But it had to be done. And because I was tuned enough into myself to know that this is what I needed, I braved all of the newness and finally realized that starting the fuck over was exactly what I needed.

Now, four years later, I am in a much better place, but I also realize that even more change is on the horizon. I have no connection with the number 4, at all, but significant changes for me seem to start after 4 years. I start tweeting phrases like, “I deserve more” and “It’s time for a change”. And I never really know what the change is, or, maybe I do and just don’t know how to articulate what they are. See the vision. But it is happening.

More often than not, we talk ourselves into being static because we can't fathom the thought of starting over. This could pertain to just about everything in life such as our careers, our mental and physical health, just about anything. But I stand on the primary message of my brand that simply implies that I must live my life autonomously. The only way to do that, is to embrace change. It brings me anxiety and is downright scary, but none of that has ever stopped me from being great.

What better way to kick of season 6 of the #LitLifePodcast than to do it with a celebration? Join Autumn and the #PHH Crew as we celebrate one … 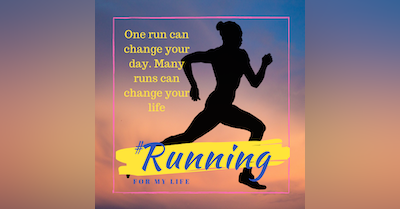 So you want to be a runner?  I feel you! Actually, I have already proclaimed myself to be a runner. I was consistanly running up until about a year…

Email has been submitted.